Currently there are two viruses that everyone in America has been exposed to: COVID – 19 and Joe Exotic. Exotic, the star of the Netflix shockumentary Tiger King, is a drug addled, gun toting, narcissistic polygamist who becomes entangled in a murder for hire plot. Oh yeah … his side hustle is being the proprietor of the Greater Wynnewood Exotic Animal Park in Oklahoma.

Under normal societal circumstances, the public doesn’t need this story. Luckily for Exotic, we are living in the Thunderdome.

In a nutshell, Exotic’s zoo features big cats as well as many other types of EXOTIC (get it?) animals. His employees live on site, have checkered pasts, and are drawn in by Exotic’s undeniable charisma and – I am assuming – his easy access to drugs. The conditions at the zoo are less than ideal, and the animals lack proper care, disappear mysteriously and are often fed truckloads of expired meat.

These horrid conditions, coupled with Exotic’s web presence and addiction to obtaining fame, eventually grab the attention of Carole Baskin, an animal activist who runs a Florida organization named Big Cat Rescue. Initially Baskin seems at best a well-intended eccentric who rescues big cats. However, upon further inspection, Baskin keeps the rescued animals in cages, sells a ton of merchandise and manipulates her social media followers into sending money to keep the ‘sanctuary’ running.

At worst, she comes across as a fraud with a murky past. 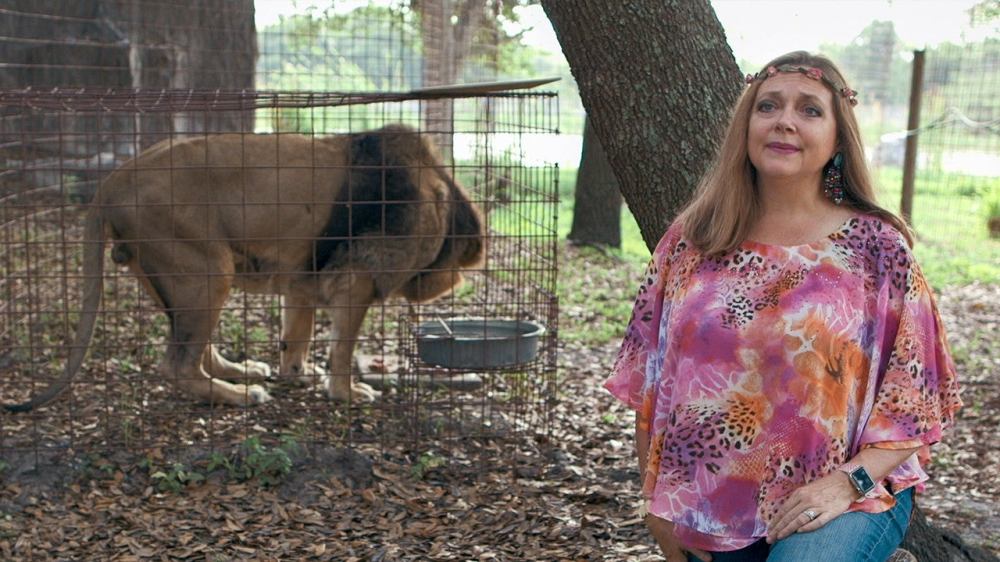 What kind of murky past? Baskin has been accused of murdering Don Wilson, her wealthy, playboy husband and feeding him to a lion. Did I mention that two months previous to Wilson’s disappearance, he filed a restraining order against Baskin because he feared for his safety?

As the years pass, Exotic and Baskin’s hatred for each other escalates to the point of … well, I won’t spoil it for you, but let’s just say blow up dolls, dynamite, innuendo, attorneys and guns are involved.

Or, as Warren Zevon once sang, “Send lawyers, guns and money to get me out of this.”

To me, the most fascinating part of Tiger King is not the salacious trashiness, but the culture, draw and fascination surrounding big cats and other exotic animals. I was completely unaware of this cultural phenomenon and was surprised to learn that people travel from all corners of the globe to see these animals and will do almost anything to spend time with them. Exotic, Baskin and third zookeeper Bhagavan “Doc” Antle exploit this knowledge for wealth, fame and sex and are, for lack of a better term, cult leaders.

While Exotic and Baskin exploit this knowledge to get what they want, Antle takes his nefarious skills to another level. His Myrtle Beach zoo is the nicest of the three, seems to be the most successful and oh yeah … he brainwashes young women into becoming his zoo slaves and wives. 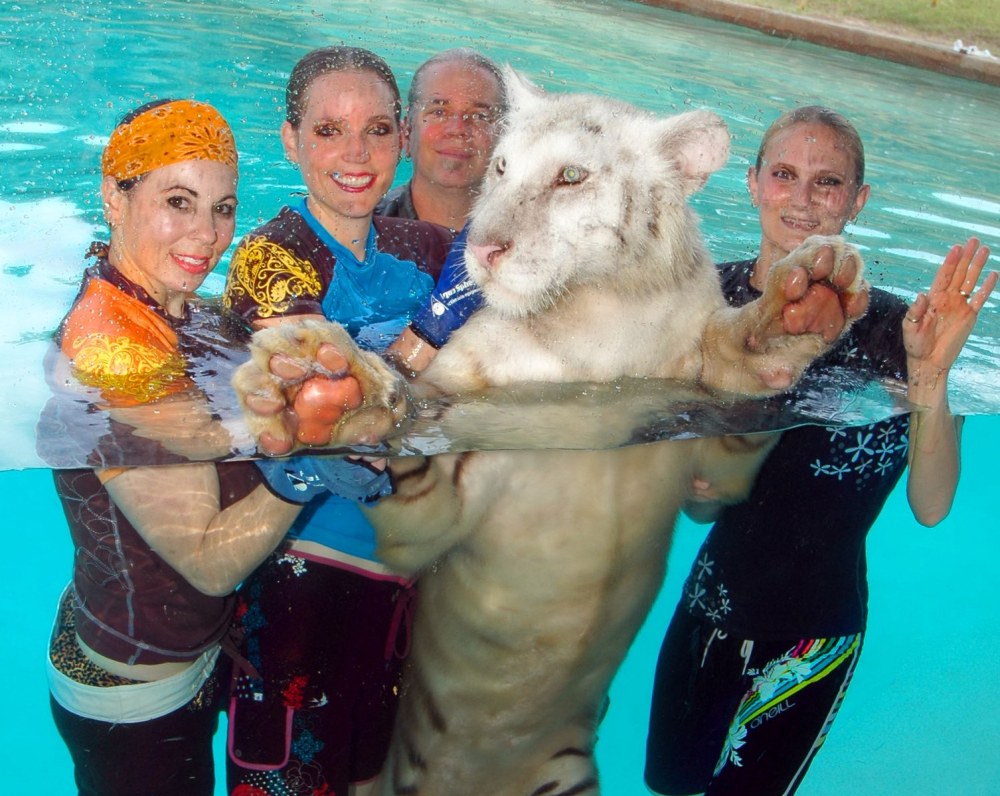 And that’s putting it nicely.

So, in the dumpster fire ‘expose’ that is Tiger King, the viewer is forced to look in the mirror and ask themselves if they are laughing WITH the zookeepers or AT the zookeepers. The answer is hopefully neither, as the trio are deeply flawed with nefarious, bordering on sinister, motives. And while they may not be real zookeepers, they are real people affecting other real people and animals.

The important thing is that the viewer feels empathy for the trail of dead animals and damaged human beings left in the trio’s wake. The saddest case is victim Travis Maldanado, one of Exotic’s husbands, who happened to meet Exotic as a teenager.

Exotic kept Maldanado estranged from his family, supplied him with copious amounts of drugs, alcohol and toys, and manipulated Maldanado into not leaving the zoo. Unfortunately, Maldanado’s story ends in an ‘accidental’ suicide and at his funeral, Exotic – dressed as a priest no less – serenades the group of gatherers with a shitty country song and makes jokes about Maldanado’s gigantic testicles.

In the six plus hours of this documentary, this moment, was the hardest to watch – and the moment where Exotic lost his VERY last shred of decency. And we as viewers lost any remaining empathy for Exotic.

Other featured miscreants and ne’er-do-wells are:

There is nothing redeeming about Tiger King. The shockumentary exploits its subjects through the pretense of ‘shining a light’ on animal abuse. However, that crime is the just the tip of the iceberg, and Exotic, Antle and Baskin deserve this exploitation as all three are master manipulators who crave any and all attention.

Now, ironically, all three are locked in the cage that is the American cultural zeitgeist, and visitors have bought an admission ticket from Netflix to watch and pass judgment. Perhaps the trio is starting to make karmic amends as their tribulations offer a slight refuge to a public that needs a distraction it in the midst of a global pandemic.

As long as they get credit – and viewership – I’m sure they don’t mind.