Follow Netflix and Grill on WordPress.com
Posted on February 2, 2020 by Aaron Wetli 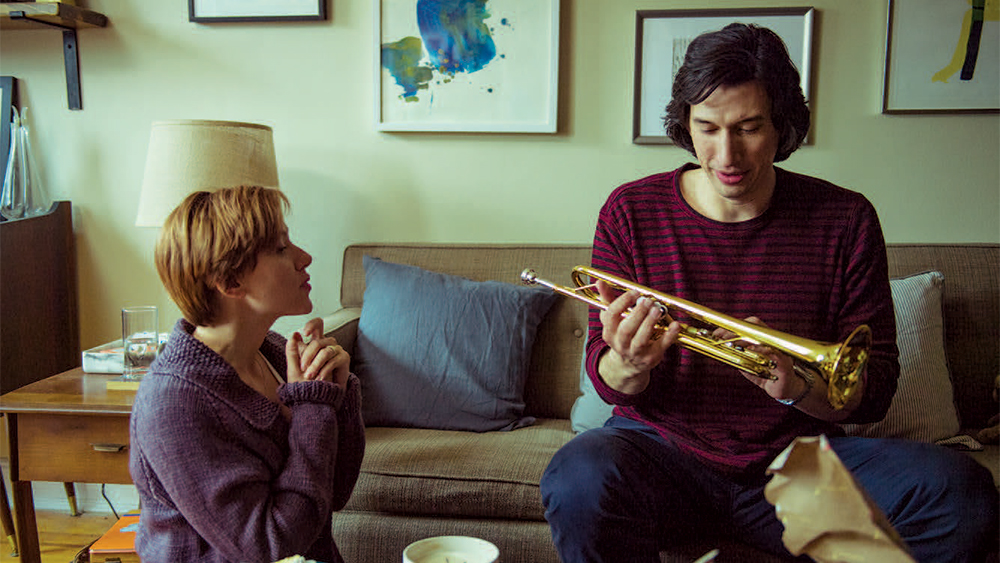 Written and directed by Noah Baumbach (The Squid and the Whale, The Meyerowitz Stories), Marriage Story focuses on the long time coming, but quickly dissolving marriage between New York City theater director Charlie Barber (Adam Driver) and actress wife Nicole (Scarlett Johansson). Years of working together in an attempt to get Charlie’s play taken to Broadway have taken a toll on their relationship, and on the cusp of Charlie’s play going to Broadway, Nicole has decided to move to Los Angeles to star in a television pilot.

The theme of play is so prevalent that many times the viewer seems to be watching a stage production as opposed to a movie, and no where is this more obvious than in the opening of the movie, where Charlie and Nicole are meeting with a mediator to discuss the divorce process. In traditional movies, the story would have ended with the divorce, not began with divorce, and Baumbach should take a bow for his outside the box thinking.

As the divorce gets closer to being finalized, all plans of being amicable are abandoned, as each parent tries to get what they perceive to be equal time with their son Henry (Azhy Robertson), whose emotional development has been affected by his parent’s divorce. As the divorce procedure gets dirtier and more difficult, tensions culminate in fireworks in a scene at the the end of the second act, that most likely locked up the Academy Awards for the two leads. Driver and Johansson have an undeniable connection and when they alone share scenes, the viewer is treated to a world class play that just happens to be presented to them on a lap top, tablet, or television.

Marriage Story has a lot of great things going for it, none better than the theme/direction of not forcing a view point down the throat of the viewer and assigning blame to an individual party. I won’t spoil anything for the reader and if you have already seen Marriage Story you may, like my podcast co-hosts, disagree with this last statement..

One point that is not arguable is the power of the actors (Ray Liotta, Alan Alda, Laura Dern) who are cast as divorce attorneys. The audience, again under the guise of watching a play, are treated to great individual scenes when Charlie and Nicole individually interview their respective attorneys. These are some seriously high quality vignettes and worth the price of admission, or at least one month of Netflix fees.

Singer, songwriter Randy Newman (who is nominated for an Academy Award for Best Original Score in Marriage Story) once sang ‘Oh, its lonely at the top’ and nowhere is it more lonely that the throne Queen Elizabeth (Olivia Colman) sits upon in season 3 of Netflix’s The Crown.

Under the care of creator and show runner Peter Morgan (Frost/Nixon, The Last King of Scotland, Bohemian Rhapsody) season three of The Crown introduced an entirely new cast and somehow didn’t miss a beat. In fact, season three is arguably the best of all seasons.

Covering the years between 1964-1977, Queen Elizabeth must deal with a laundry list of achievements, change, and failures including:

As Queen Elizabeth becomes more adept at handling her duties, she becomes more acutely aware that running the show takes a toll; emotionally, spiritually, and most importantly within her family More money, more problems.

Nowhere is the familial tension more palpable than with the burgeoning personality of Prince Charles (Josh O’Connor); a personality that doesn’t quite fit in with the Royal Family, but that none the less has promise. In previous seasons, Charles is portrayed as fumbling, weak, and dim witted, and this season is no different. However, due to the excellent writing, direction, and acting chops portrayed by O’Connor, the audience does feel sympathy for Charles.

Well, at least this American did. Brits may feel a different way.

Still, the most powerful asset The Crown has at it’s disposal is the continuation of watching 10 different episodes that can be viewed as 10 different movies sharing a common theme. Each main character gets individual episodes that focus on their development and the positives and negatives of their characters, and how those traits relate to the times the characters are living in.

The Crown is cinema of the highest order, is the slowest of burns, and makes difficult to produce television look easy. Go get some Fish and Chips, and start your binge tonight.

I am just a regular dude from the suburbs who likes to write. The topics usually focus on television, music, and food, but I also like to write about the community I live in. You can also check on the content by clicking on this link - https://614now.com/author/aaronwetli. As always, thanks for reading! View all posts by Aaron Wetli