The Boss is back and back in a big way. In between his Grammy winning Broadway show (which I would have traded YOUR first born child for tickets) and writing new music for The E Street Band, Springsteen released his first solo album featuring all new tracks since Working On A Dream (2009).

Western Stars is a departure from most of his recent solo work as it does not focus on topical events, global themes or the current state of our country. Instead, Springsteen offers a character driven selfie at (almost) seventy, just like he offered us a Polaroid of the emerging star in his twenties (Darkness on the Edge of Town), a snapshot of life as a thirty-something divorcee (Tunnel of Love) and a photo of an artist looking to redefine his career in his forties (The Ghost of Tom Joad).

In Western Stars, Springsteen returns to his primal roots and themes and introduces us to characters who a part of the fabric of the American Southwest. They aren’t the criminals, State Troopers, and ill fated sycophants featured on Nebraska and they certainly aren’t the characters whose whole lives and undetermined futures were in front of them on Born To Run. 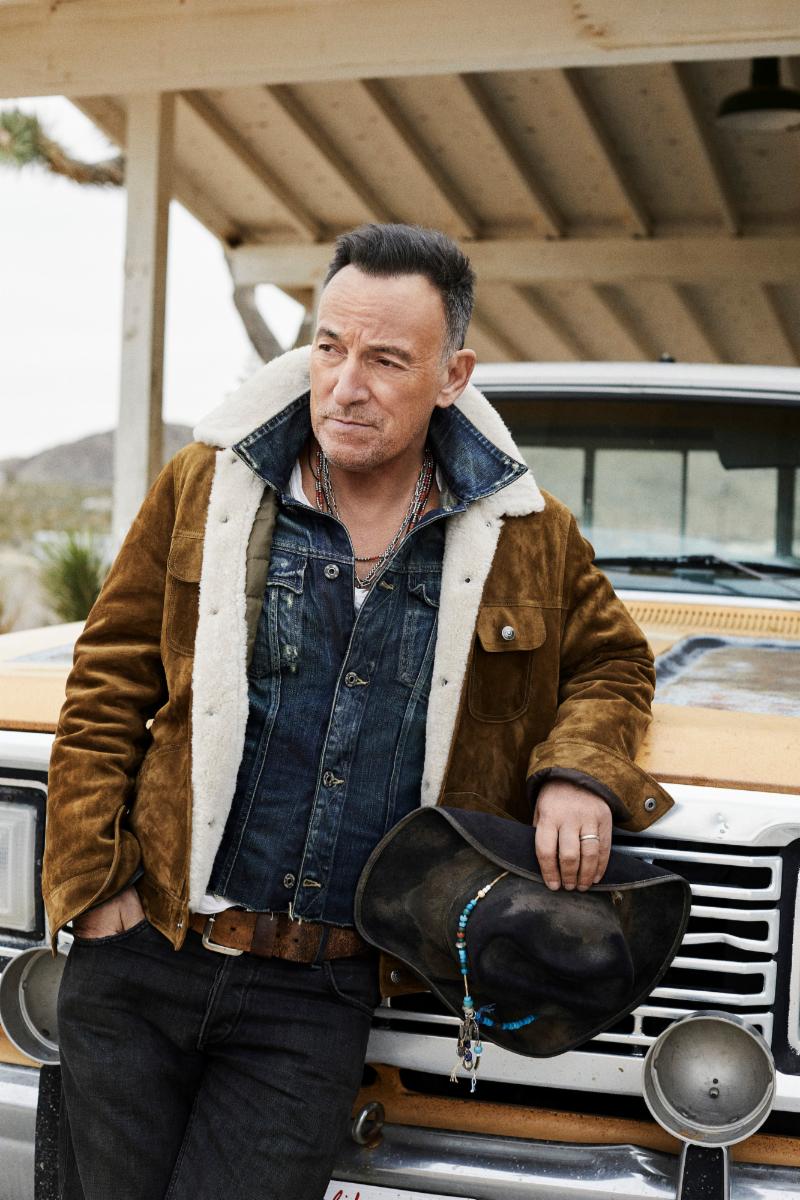 These characters have resigned themselves to the fact that their lives have led them West. Springsteen lets us know where these characters started and how they arrived at destinations. We are all better for listening.

Musically, there are a lot of acoustic guitars and piano accompanied by strings. The tracks are low key and mellow and sound as if you walked into an episode of Austin City Limits or an MTV Unplugged. Much of the music sounds similar to pop from the 1960s and even though the title focuses on life in the West, the album offers nothing that sounds like country (classic or contemporary).

The lead single in the eponymous Western Stars, the tale of a C list actor who is at the end of his career and perhaps his life. In moments of retrospect, the character reminisces about his glory days and finds peace in the stars that shine in the Western sky. Supported by an acoustic guitar and piano, Springsteen chorus rings:

And if there was any doubt that Bruce is still a master storyteller, the last verse of Western Stars contains this bit of poetry:

Once I was shot by John Wayne
Yeah, it was towards the end
That one scene’s brought me a thousand drinks
Set me up and I’ll tell it for you, friend

If that’s not storytelling, nothing is.

Opening track Hitch Hikin‘ is another simple arrangement and tells the story of, you guessed it, a hitch hiker. In his 70s, it appears that the boss is Born to Ride, not Born to Run.

Thumb stuck out as I go
I’m just travelin’ up the road
Maps don’t do much for me, friend
I follow the weather and the wind

In Somewhere North of Nashville, the listener is treated to the tale of a songwriter who moves to Nashville, hits it big and leaves his love interest behind.

It’s hard to imagine that lyric not coming from a place that is familiar to the songwriter.

The track that has the most potential to become a concert favorite is Tuscon Train, a large and sweeping anthem that checks a lot of Springsteen boxes:

Check out the lyrics for yourself:

In the end, is Bruce throwing up a pose? He is worth half of a billion dollars and has a mansion in Beverly Hills, so that answer is obvious.

The Bruce we see on stage is a character. He can’t throw a speed ball by you, he can’t change your oil, and he certainly isn’t a cowboy.  However, I would like to imagine that El Camino, pictured above, really is his.

Ultimately though, who cares? Our lives are richer for the stories he has given us and the characters he has introduced us to.

To me, Western Stars is the place where the characters who were frozen out on Tenth Avenue, who built cars straight out of scratch,who were stuck in Candy’s Room and who had hungry hearts eventually landed. These rebels from north Jersey would become stuntmen, cowboys, and John Wayne movie extras and eventually found peace, purpose, and redemption in the American Southwest.

Thanks for that closure, Bruce.