Follow Netflix and Grill on WordPress.com
Posted on June 14, 2019 by Aaron Wetli

‘What is the cost of lies? It’s not that we’ll mistake them for the truth. The real danger is that if we hear enough lies, we will no longer recognize the truth at all. What can we do then?’

Left on audio tape, this statement was spoken by Valerie Legasov (Jared Harris), the leader of Soviet nuclear research and development, who was tasked with damage control at Chernobyl, which was both built upon and destroyed by the power of lies. A guilt ridden Legasov would eventually take his own life on the two year anniversary (down to the minute) of the meltdown as an act of contrition as well as an effort to expose the world to what really happened at reactor #4.

Those poignant words were also the opening salvo of HBO’s Chernobyl and could certainly pertain to post-truth America.

For those unfamiliar (which is anecdotally and surprisingly A LOT of people) Chernobyl focuses on a the April 1986 meltdown of the eponymous Soviet nuclear power plant. In a nutshell, Soviet brass promoting Soviet propaganda, engineered a faulty nuclear power plant whose core would eventually explode and lead to the death of thousands of citizens and the abandonment of an entire territory.

Oh yeah, the surrounding environment and wildlife got super fucked up too.

So, what are the specific details leading up to the explosion? In an effort to keep his bosses happy by cranking electricity to regional businesses, plant supervisor Anatoly Dyatlov (Paul Ritter) pushed the plant past it limits and the fourth core exploded.

Once Dyatlov’s team knew catastrophe was imminent, they tried a last ditch effort to activate a FAULTY fail safe button which would avoid an explosion. Did I mention that this all happened during a routine safety test? How’s that for a slice of fried gold?

This terse situation was portrayed in two different episodes and each time the tension and terror was palpable, even with viewers aware of the ending. Ramping up anxiety in historical dramas is no easy task and creator/writer Craig Mazin (The Hangover franchise) and acclaimed Swedish music video director John Renck should be recognized for their storytelling prowess when award season roles around.

That’s right, a guy who wrote for The Hangover franchise and a guy who directed music videos for Madonna, Beyonce, and David Bowie skippered IMDB’s highest ever rated television series. We truly live in strange times. 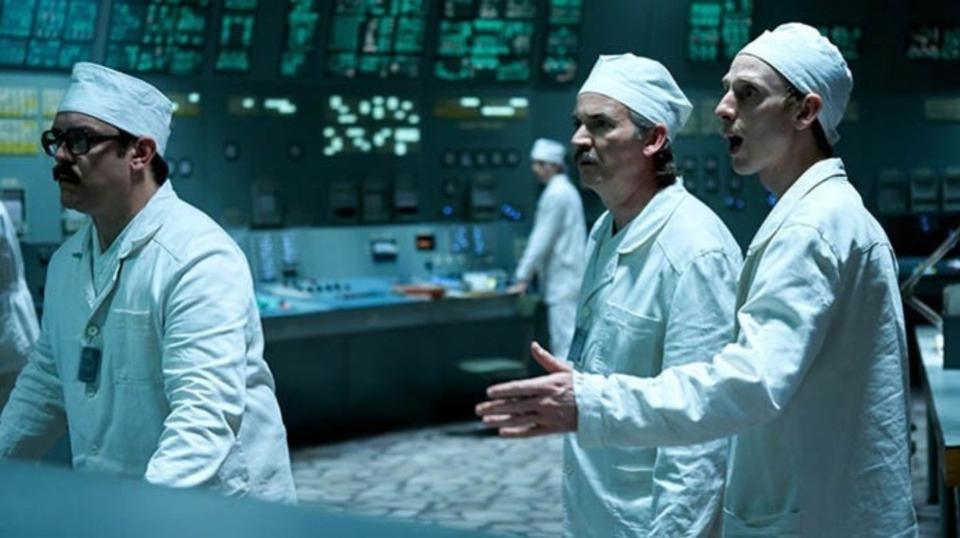 Back to the faulty button – the button was faulty because Soviet leadership was preoccupied with image and saving money rather than safety. That’s right, Soviet brass installed a faulty fail safe in a nuclear power plant because perception was more important than the truth. That’s a pretty screwed up lie.

The plight of the town people and first responders is beautifully orchestrated in the relationship between fire fighter husband Vasily Ignatenko (Adam Nagaitis) and expectant wife Lyudmilla (Jessie Buckley). I won’t spoil anything for you, but I don’t think it’s hard to imagine how the story ends for firefighters responding to a nuclear meltdown.

Can you imagine living in a country where the government doesn’t take proper care of first responders?

In fact, it doesn’t end well for a lot of characters involved in the direct (or indirect) aftermath of the meltdown. The horror aspect is ramped up considerably many of these characters transform into radioactive ghouls who are frightening to look at and whose pain and plight are incalculable.

If you need proof, just check out the collective group of conscripted Soviet miners:

The miners are a thinly veiled zombies – they have no control over their actions, circumstances, or future and their government is recklessly throwing them underground so that Soviet image remains untarnished.

Chernobyl is also psychologically terrifying as the audience knows that the monster of this horror movie (radiation) exists and we see it’s victims, but we never see the actual monster. Alfred Hitchcock made this technique famous and had he been born 30 years later, would have made this series ten years ago.

The second and more terrifying monster is also invisible to the audience – blind allegiance to party and country and the cult of personality. This monster is fought by Boris Shcherbina (Stellan Skarsgard), a real life and powerful Soviet bureaucrat who by the end of the series (and with artistic license) stood up for the health and well being of his fellow citizens and stood against Soviet propaganda.

For the bulk of the series, the relationship between Legasov and Shcherbina carries the nuclear cooled water. In fact, the chemistry between Harris and Skarsgard is so potent that by the end of the series their rapport almost, in a good way, reaches “buddy cop” territory.

The biggest pusher for the truth is Ulana Khomyuk (Emily Watson), a fictional amalgamation of real life Soviet scientists fighting for truth and justice. In this role Watson does what she does best: playing a morally incorruptible outsider. 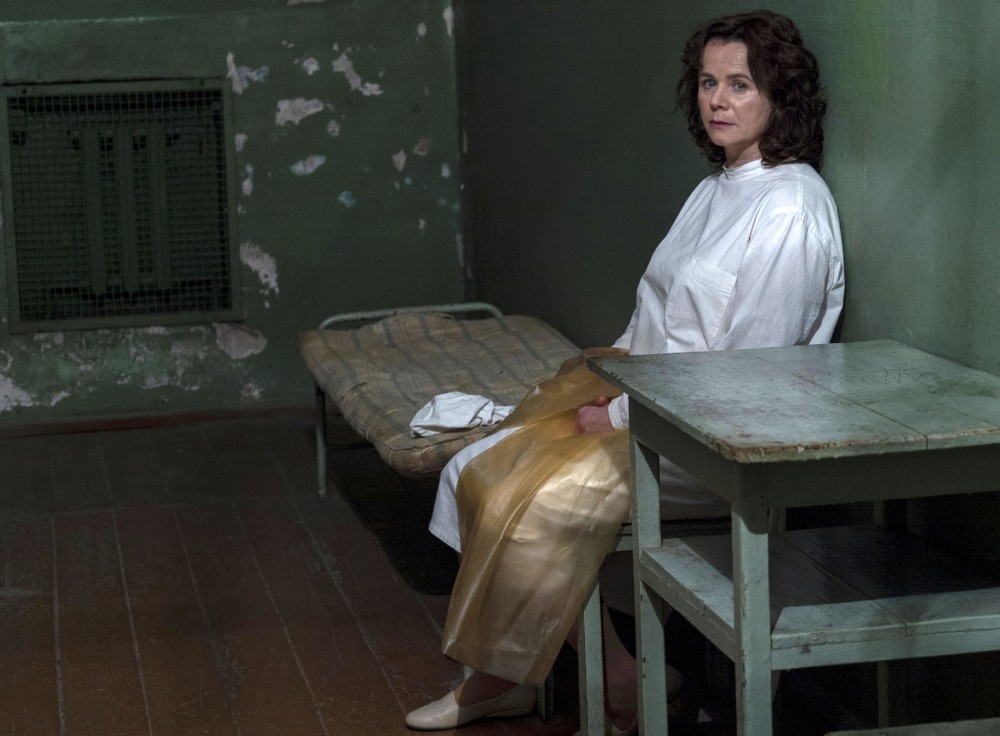 Can you imagine living in a political climate or country where truth and science are undervalued? Or where perception is more important than reality and the cult of personality is king?

It’s not like our country is the only guilty party as ALL countries have leadership that is concerned with outward appearances. It’s the EXTENT to which the modern world invades privacy, limits access to information,and grows the cult of personalities that is truly frightening.

That frightening EXTENT trickled down from national leaders to regional wardens to power plant workers and would eventually make this meltdown unavoidable.

That mindset is in a way, a form of the identity politics which the current EXTENT of is as dangerous as a nuclear meltdown. It’s okay to be a George W. backer and acceptable to be Gaga for Obama and even though it remains COMPLETELY AND UTTERLY foreign to me, it is acceptable to support Donald Trump’s policies.

The potential meltdown comes when the American public start to think these fellow humans perform miracles, walk on water, and are being crucified for the beliefs. They don’t and aren’t. They are fellow homosapiens who occupy an office. They lie. They don’t deserve blind allegiance. No one does.

Lies are like the radioactive bullets churned out of Chernobyl. We can’t see lies and we can’t see radiation, but what we can see is the need to start holding our leaders (regardless of party affiliation) accountable for their actions and get back to the fact that they aren’t fallible and that they work for us.

If we don’t realize that, we will live to witness something much more terrifying than a nuclear meltdown.