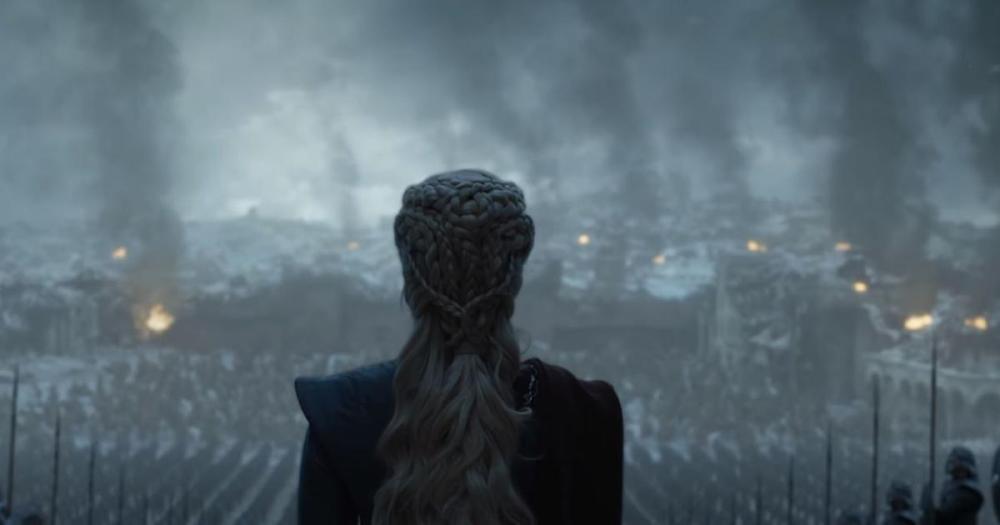 Making the public happy while ending a television series is a no cakewalk, just ask David Chase (The Sopranos), Matt Weiner (Mad Men) and and David Simon (The Wire). The American viewing public is needy, demands things be spelled out for them and prefers their television programs to be wrapped up in neat little bows.

In this sense, Game of Thrones showrunners D.B. Weiss and David Benioff should have made us troglodytes happy, but they didn’t. In the end we wanted so much more because in previous seasons we were given so much more.

What initially drew me, like many viewers, into this Geo Political Class Warfare serial was the clever writing, the appropriate pacing, the avoidance of tropes and most importantly, the development of characters. Then, about fifteen episodes ago, GoT on television surpassed print GoT in print and things haven’t been the same since.

It turns out that Benioff and Weiss really needed author George RR Martin’s source material. I’m not statistician, but there certainly seems to be a correlation between the quality of the television program and the available source material.

A common criticism of the last two seasons is that that more episodes would have helped tell a better story. I don’t imagine that to be untrue, but after digesting and rewatching this past season, I think more episodes may have just screwed things up more given the lack of source material.

Officially, I am going to blame Disney (the Lannisters have NOTHING on that evil empire) for backing up the money truck and giving Benioff and Weiss the keys to the Star Wars franchise. That’s right, Disney brought a flashy new toy to Westeros which caused Benioff and Weiss each put a foot out the door, developed Senioritis and eventually let the quality of GoT slip.

The enticement of  Yogas and Woodys and Light Swords was no match for Dothraki, Unsullied and Dragons. I’m glad Hope Solo’s planet was blown up in the last episode.

It wasn’t all bad though and the most recent seasons should be lauded for their stellar production values, direction, and acting. The people who worked in these departments did the best they could with the material they were given and should be acknowledged for their efforts. The battle scenes, effects and cinematography were certainly movie quality, if not better.

As for the actual final episode (The Iron Throne) there were some cool shots, some corny dialogue and some weird humor. It wasn’t an awful episode and was still better than the overwhelming majority of current television, but just didn’t live up to the higher standards of seasons 1-6.

Man, wouldn’t it have been great Worm and Jon to have that battle we were teased with? 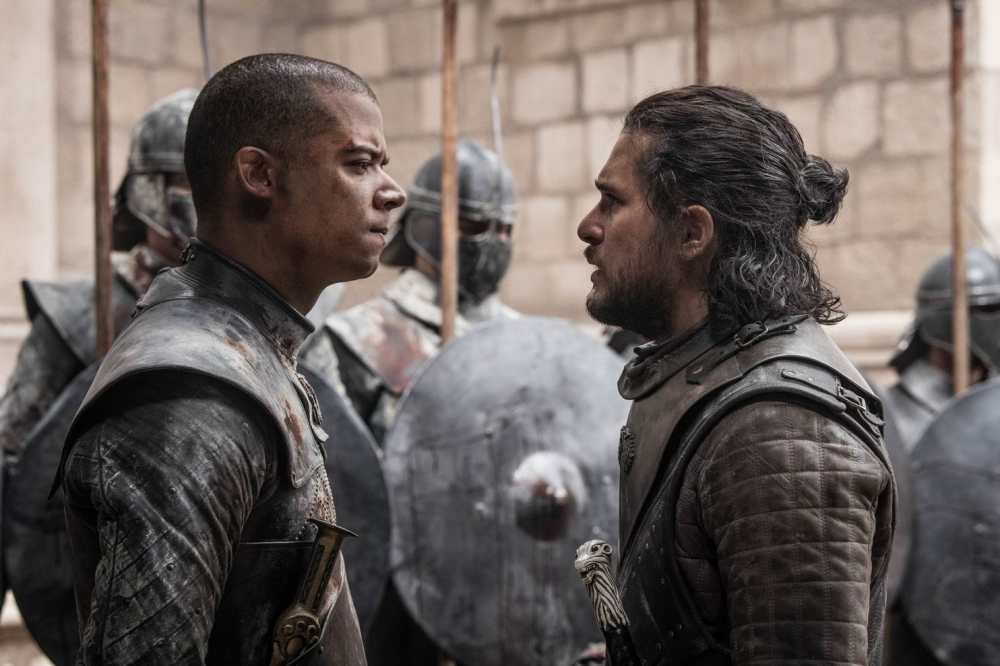 Why were we denied this scene? It could have even happened after Daenerys’ death as the two were already at each other’s throats.

Senioritis, that’s why. Benioff and Weiss clocked out and were daydreaming about loading up grandma’s beat up station wagon with coldies, cranking some Kenny Logins and going on that kick ass graduation trip to Myrtle.

Anyhoo, GoT is over and our watch has ended. Maybe the real villain here is author George RR Martin for not finishing his books and therefore denying Benioff and Weiss the source material they so sorely needed.

Just kidding, Disney and Star Wars are the enemy. They always have been and always will be. Especially after they cancel The Simpsons (which should have died ten years ago, but it’s the principal).

That’s a topic for another day.

SEE YOU AT THE CROSSROADS 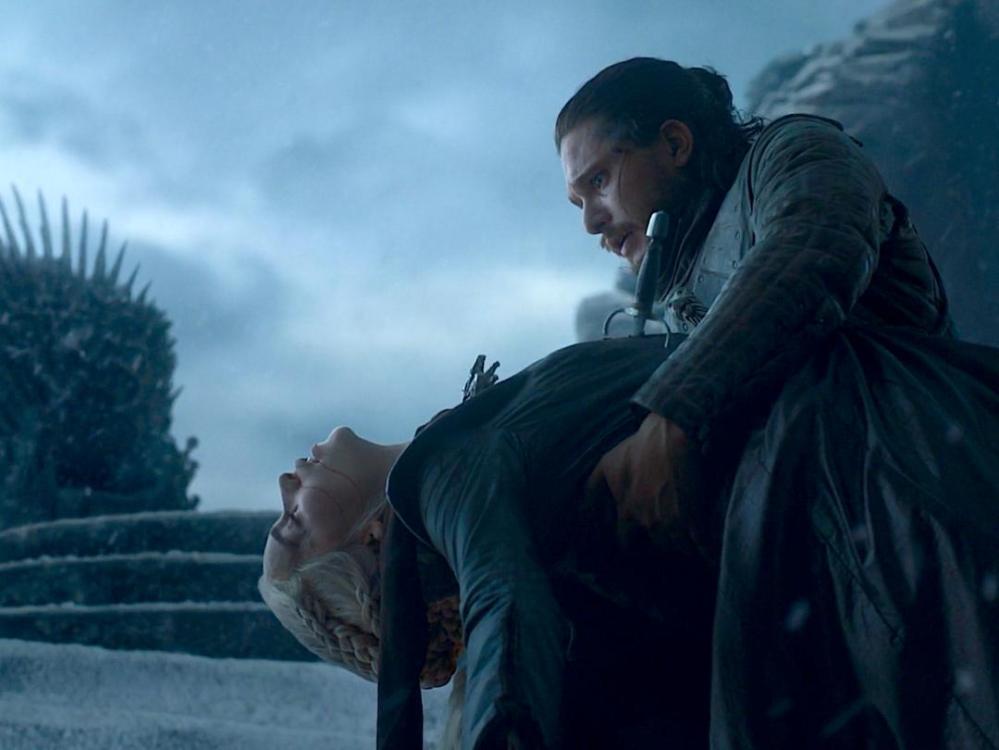 There is only one entry this week and it is arguably the most anticipated death of the series. Daenerys Targeryn, the Breaker of Chains, Mother of Dragons, and Killer of Children met her end at the hands of her nephew and lover Aegon Targeryn. We all knew it was coming, but credit to Emilia Clarke and Kit Harrington for selling it as best they could.

I think I speak for a lot of viewers when I say that I don’t hate where Daenerys ended up, I hate how quickly she got there. Foreshadowing and character development are two very different things. The audience received foreshadowing, but not development.

#4) Jon Snow/Aegon Targeryn – once again Jonny Boy sits in fourth place. Although he is the rightful heir to the throne, he will be the king outside of the wall. Boring. If he had more gumption, brains and better judgement, he could have prevented the murders of thousands and thousands of innocent civilians. Instead, he is relegated to living outside the wall and listening to Joy Division, watching Molly Ringwald movies (he seems sullen) and petting his dog for the rest of his life. Good Riddance.

#3) Sansa Stark – she runs an independent kingdom in the North and her brother is King of the six realms. Enough said.

#2) Bran Stark – while it is certainly plausible that he cares about his the citizenry of the kingdom, Spicoli seems more interested in shrooming out, listening to Phish and chasing dragons.

#1) Tyrion Lanister – The Dick Cheney to Bran Stark’s George W. Bush, Tyrion is technically Hand of the King, but he is handling the day to day business of the Kingdom. I hope this administration doesn’t go looking for any WMDs.