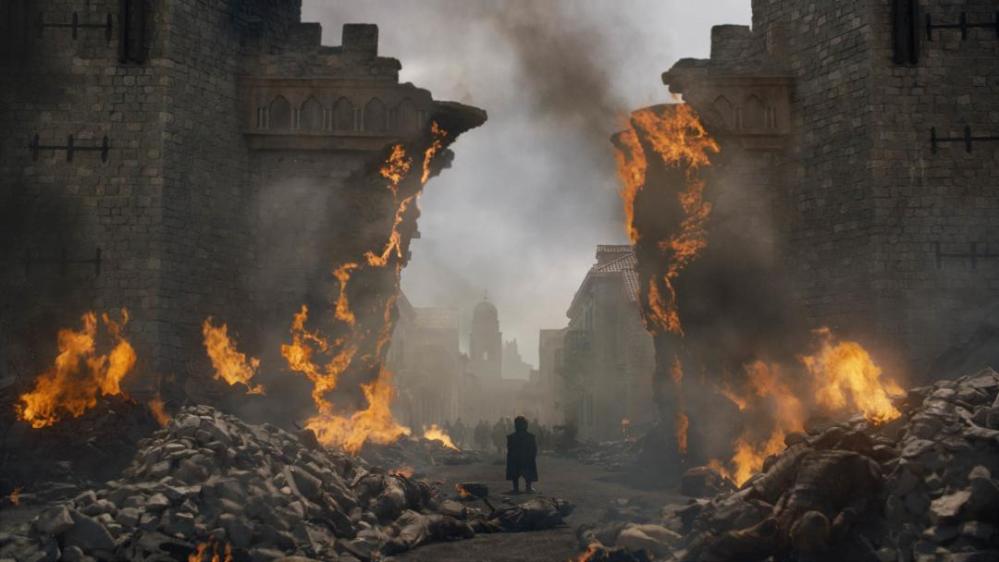 Well, THAT happened. It seems that after 70 episodes of Game of Thrones, show runners David Benioff and DB Weiss have decided that character arcs are not important. The same goes for logic. Pacing can probably go to hell too.

Tropes are cool though.

Let’s start with the most glaringly awful development in the 80 minutes that was The Bells: Danerys went full ‘Andre the Giant at the end of his career’ and turned heel. That is right…the people’s champion barbecued the people. A lot of the people. In fact, the character whose life mission was to free the chained and to help the poor, killed thousands and thousands of innocent children and women.

My wife, who has watched a total of four episodes of GoT and who is now an ‘expert’, does bring up a point that a lot of fans have voiced similar opinions to: ‘what the hell else did you think was going to happen?’

Points for that argument include the fact that her Father would have burned down King’s Landing had Jamie Lannister not saved the day and that Daenerys has become more violent in recent years. Her brutal murder of The Tarleys (when they could have been more useful to her cause as prisoners), the ordering of the Unsullied to kill all of the Masters and the crucifixion of the Great Masters all highlighted her dark side.

The difference between those actions of the actions of Monday’s episode is simple though – Daenerys never executed anyone who wasn’t a battlefield enemy or someone who hadn’t murdered or enslaved innocent people.

During The Bells, she executed the innocent people she had vowed to protect. This is a different Daenerys than we have seen in seasons past and the killing of the innocents was completely out of character and feeds the ‘a woman can only take so much before she snaps’ trope.

It would have been different if she had even killed the opposing Lannister and Gold Company soldiers who had surrendered. That is a calculated and passionate leader whom you don’t want to cross and whom inspires followers. Instead we got a dragon riding trope.

Their is no redemption, in Western culture, for a female character who kills innocent woman and children. D&D will have to reinvent the wheel to make  Daenerys redeemable.

Speaking of no redemption, what is up with Jaime leaving his transformation behind and regressing to the asshole that he was in the first two seasons? Fighting the Army of the dead and then sleeping with Brienne was a pretty great arc. All wasted.

Grey Worm seems to be written poorly too. Previously he had always fought with honor, but that changed when he executed a soldier who had surrendered his sword.

Another example of poor writing would be Varys stunning sloppiness. Ironically, it took a lot of balls to try and poison Daenerys (especially via 8 year old child) but it took a lack of brains to talk so openly and quickly about revolt. Varys always had brains, I don’t know why he had to lose his smarts this season.

My last real complaints are about Arya’s development. She spent six seasons learning to be an assassin and is fine with dying in the line of duty, but is talked out of it at the last minute by Sandor? Nice arc for him, confusing turn for her. 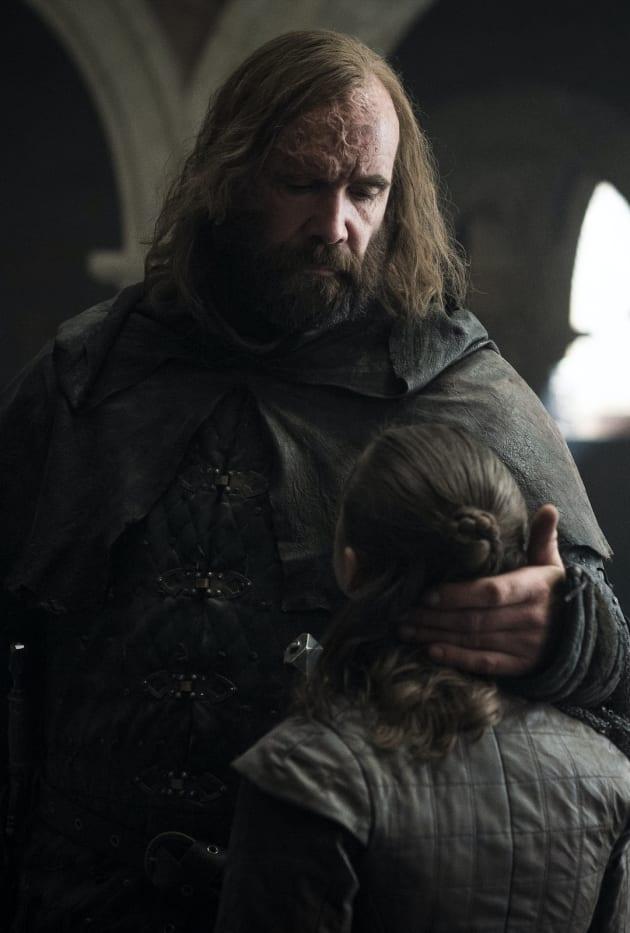 Also, the pale horse that Arya finds is a little heavy handed. Death rides a pale horse, we get it.

SEE YOU AT THE CROSSROADS 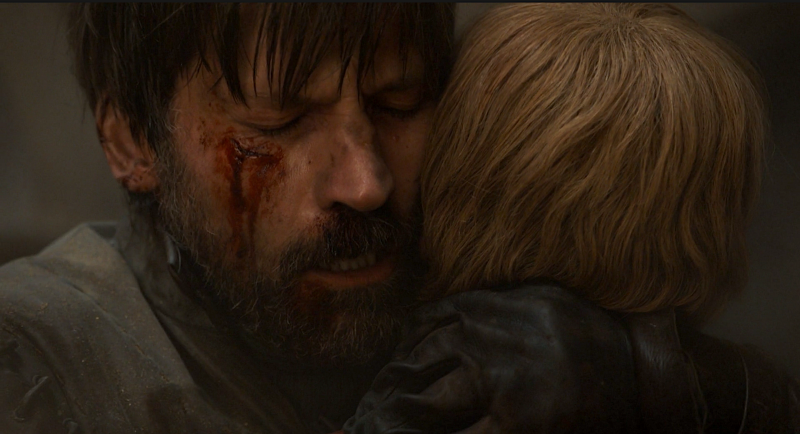 Also, Cersai slinking down the stairs to avoid the fight was comedic gold.

#5) Gendry Baratheon – Gendry was legitimized by Daenerys in episode #70. He has a lack of houses to compete with, a legitimate claim to the throne, and after Daenerys is killed may seize the day.

#4) Sansa Stark – Sansa stayed out of the fray and is for sure the most calm, calculated and intelligent throne contender left. She has a lot of tools to make her a good leader, but I think she end up as Queen in the North.

#3) Jon Snow/Aegon Targeryn – In a series full of Jon making bad decisions, watching Kit Harington’s face as Jon realized in kneeling to Daenerys that he had been wrong all along, was a real treat. Jon Snow doesn’t want to lead? I bet those innocent citizens of King’s Landing didn’t want their children murdered or their houses burnt down. Be honorable and suck it up, Snow.

#2) Arya Stark – Arya finally made an attempt to lead (or at least rescue innocents) and as a result rockets into the Power Rankings at #2. After the destruction of King’s Landing, she may want to lead after all.

#1) Daenerys Targeryn – As awful as her heel turn was, she still has a dragon and no rival armies to compete with. The threat to her reign will come from inside.