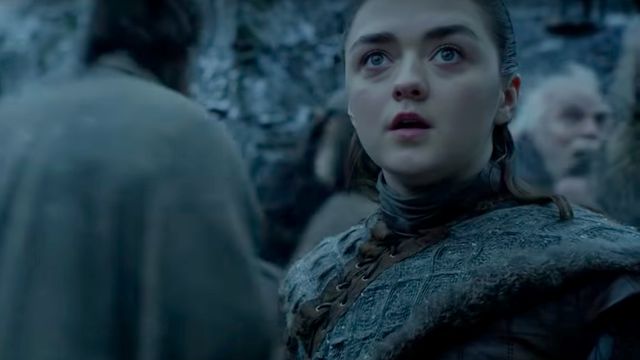 It’s been a long, long time since we had a chance to get together

If I was a Game of Thrones show runner, I would have chosen Family Reunion (The O’Jays) to usher in this episode. I mean, look at those lyrics. Would a track by a 1970s R&B band from Canton seem out of place is a GoT episode? Not to me.

This track popped into my head roughly half way through last night’s season premiere, when I realized the theme of this episode: reunions. And what long awaited reunions they were – Jon and Arya, Arya and The Hound, Jorah and Sam, Arya and Gendry, Sansa and Tyrion, Sam and Jon and Jamie and Bran – just to name a few.

Let’s start with Sansa and Tyrion.

There were lots of clever lines (‘the wedding had it’s points’), but the purpose of this particular reunion was to convey to the audience, particularly after chiding Tyrion for trusting Cersai, that this is a harder and more pragmatic Sansa than in seasons past. 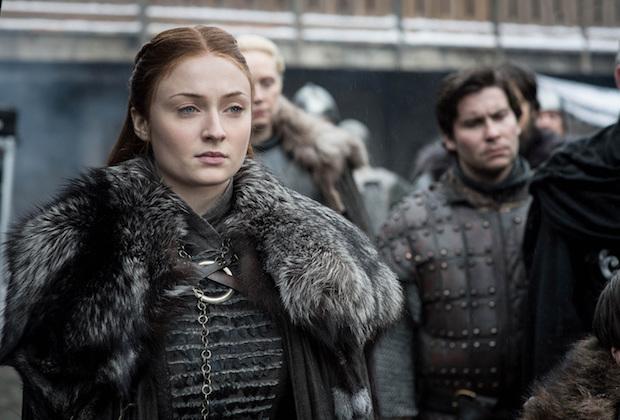 Sansa is transforming into Olenna Tyrell and for the audience and the survival of Westeros, that is a good thing.

Sansa will need to use all of her resources if she is going to manipulate the uneasy power triumvirate that she shares with Jon and Daenerys, especially after she learns of the news that Sam shared (another reunion) with Jon. 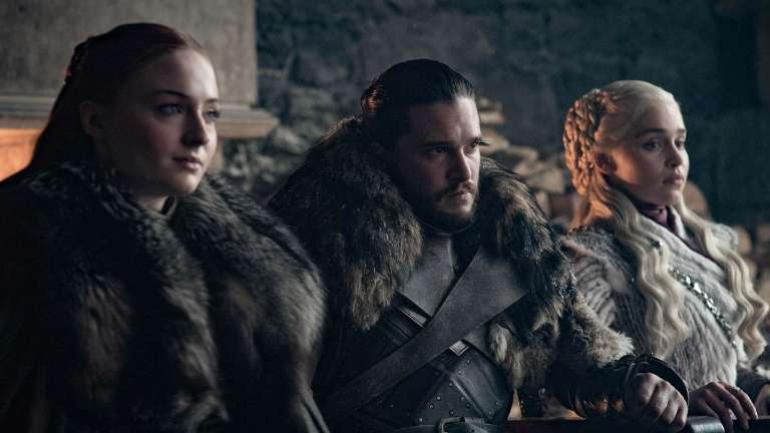 There is no doubt that Sansa is the odd person out when it comes to proper claims for the Iron Throne.

Back to that Jon and Sam scene. Holy cow, that was intense. Jon, having never wanted to be a leader, now must choose between being the leader of leaders and disappointing his queen, lover, and favorite aunt Daenerys.

Which is a bummer, considering how well Jon’s dragon cousins took to him in this episode. 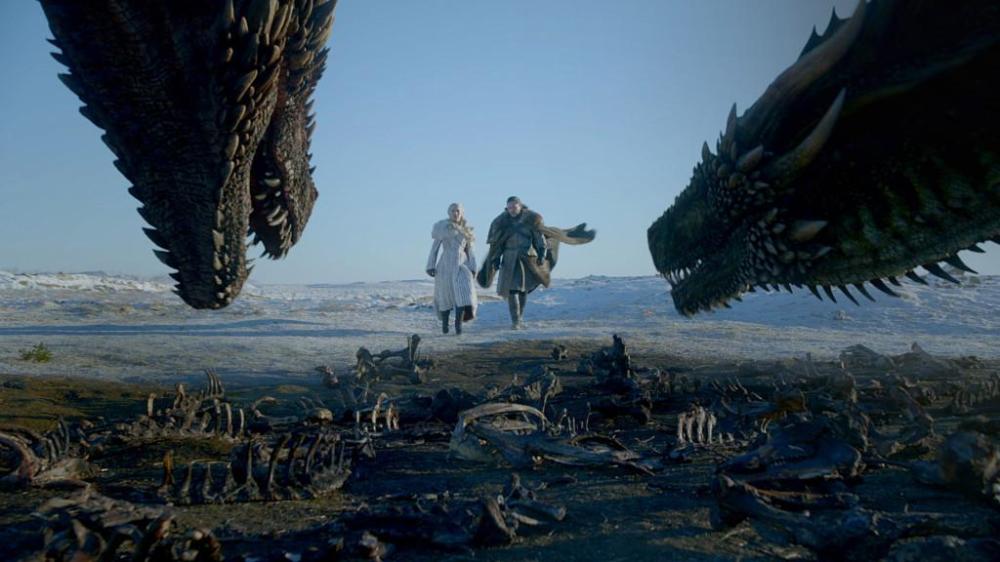 Daenerys will no doubt be disappointed to learn of this development and I don’t believe the well framed shot featured above is an accident. There will be a lot of skeletons left in the shared Targaryen wake and maybe the dragons will choose sides against each other. Or maybe its just a well framed shot. 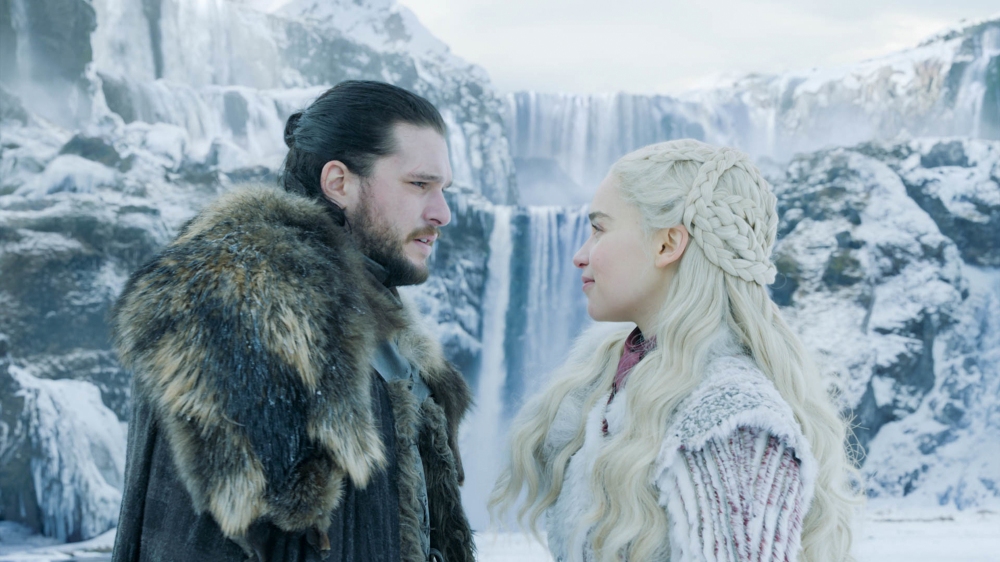 I did enjoy the callback and tribute to Ygritte at the waterfall after the fan service driven dragon joy ride. Daenerys mentions to Jon that ‘we should stay for 1,000 years’ at the waterfall just as Ygritte wanted to stay ‘in the cave and never leave’.

King in the North? More like King of the Players.

Another potential snag for Daenerys is that she may have lost her allegiance to the smartest and most resourceful character in the show, Samwell Tarly. 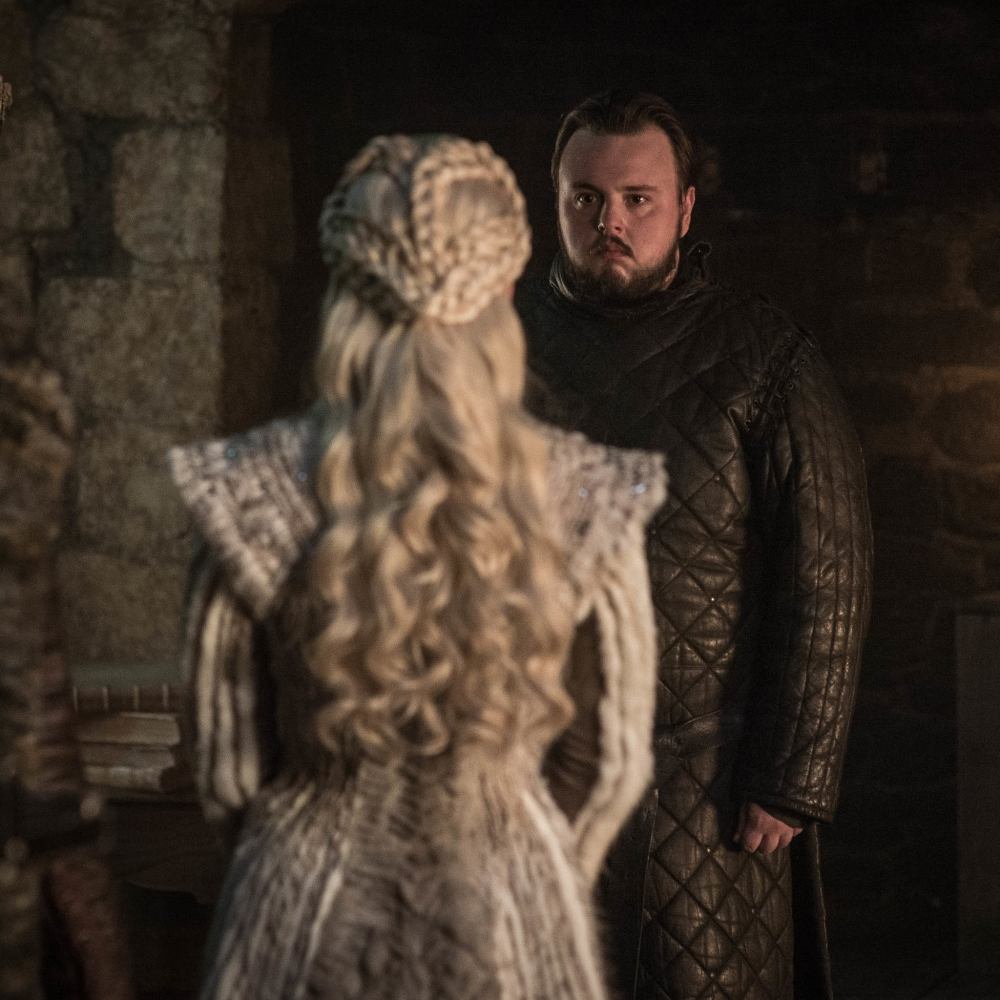 It has to be hard finding out that your brother and your father were executed, especially when the executioner breaks the news. Much respect for John Bradley and his acting chops as he reacts subtly and differently to the deaths in his family. Bradley should submit that scene for Emmy consideration.

On to happier reunions. 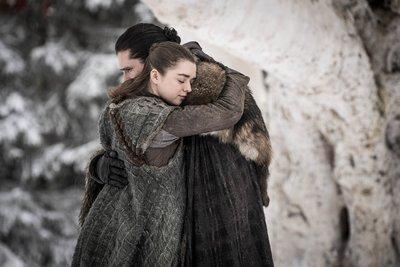 Perhaps the most awaited and most sentimental moment in the series was Arya’s reunion with Jon. Fans have been clamoring for this for years and it was coincidentally dusty in my living room when I was watching this scene. This scene would have been Arya’s best reunion, but I think that was saved for a few scenes later when she ran into Gendry and The Hound at the blacksmith shop.

As for the potential love interest with Gendry, this is a great callback to the pilot episode when King Robert (not verbatim) told Ned, ‘Move to Westeros. One of your daughters will marry one of my sons and we will finally unite our houses’.

Arya’s reunion with the Hound was short and sweet (ish). I enjoyed the forgiving smirk he gave Arya after he called her a ‘cold little bitch’. He knows Arya did what she had to do, and he didn’t hate the player, he hated the game.

In between reunions, the spokes of the Westeros’ wheel kept turning and Queen Cersai kept Queen Cersai’ing. 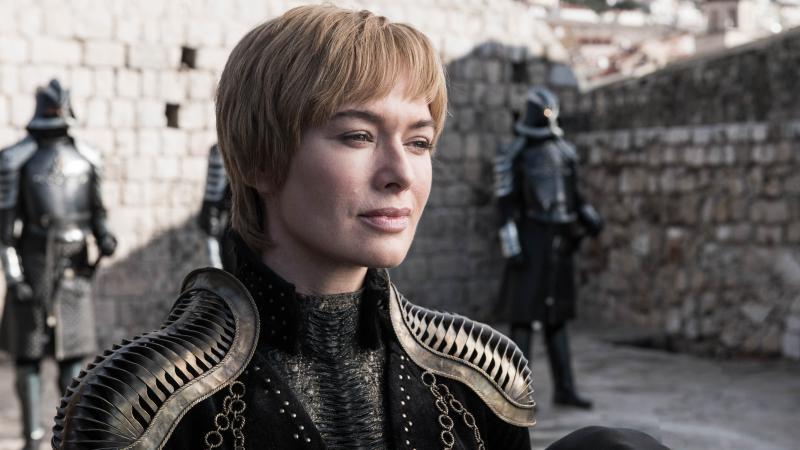 As scheming, underhanded, and manipulative as ever, she cheered when being told the army of the dead had broken through the wall, tricked the captain of the Trailer Park of the Sea into a fake baby daddy situation, and demanded the Bronn execute her brothers using the same crossbow that her brother used to murder their father.

To quote Bronn, ‘This fucking family’.

All in all, this was a butter up the fan base, table setting episode with a surprising amount of humor and even more surprising lack (by GoT standards) of violence. Winter is here, Jon/Aegon is the heir apparent, and Daenerys’ dragon’s are sick. Things are going to get interesting.

#5) Sansa Stark – she may be wise, seasoned and cunning, but her countrymen are #TeamJonSnow.

#4) Jon Snow/Aegon Targaryen – The north will follow him and he has the most legitimate claim, but his his trademark moral compass has to be spinning.

#3) Daenerys Targryen – sure, she has Dragons, The Unsullied and The Dothraki, but her claim to legitimacy just took a knockdown punch.

#2) Cersai – she has the Lannister Army, the Iron Fleet and the Gold Army as well as a trick or two up her sleeve.

#1) The Night King – he has an army of bloodthirsty zombie soldiers and can transport through time and space. 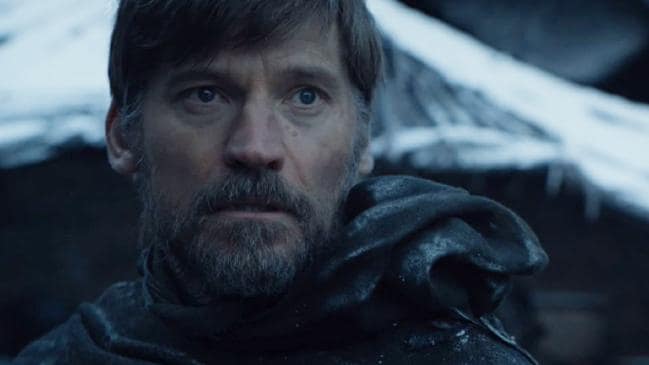